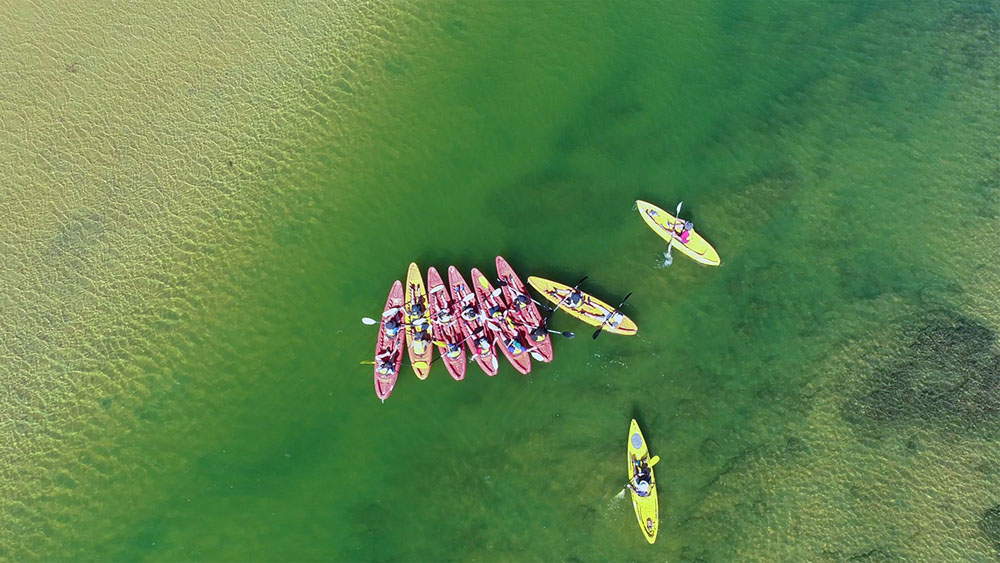 In the 1980s, a Harvard University professor by the name of Edward O. Wilson proposed the concept of biophilia: the idea that humans are instinctively drawn towards nature. Many parents or teachers of today though might contest this theory as they see children express a clear preference for watching TV over a walk in the woods.

It’s not surprising children feel this way: the indoors is safe, comfortable and they don’t have to step out of their comfort zones. But the natural world has so much more to offer them, from health benefits to skill building to mindfulness and more.

This is especially true after a year like the last, with studies showing that the pandemic has caused greater anxiety and stress among young people, as well as behavioural changes such as increased restlessness, loneliness and uneasiness. While there’s no quick fix when it comes to mental health, nature can be an antidote to many of these problems, helping children relax, make friends and build confidence – plus it can provide a necessary distraction to everything else going on in the world.

Here, we look at the evidence to explore five reasons why spending time outdoors is important for a child’s wellbeing… 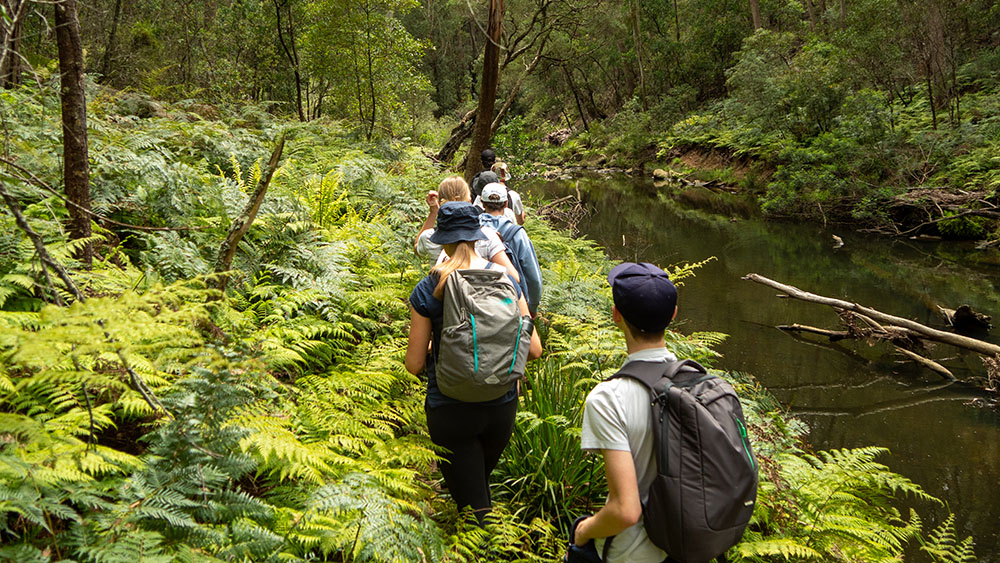 Children often unknowingly suffer from stress. As providers and caretakers, it’s easy to view the world of children as happy and carefree, but even the youngest minds have worries. There are many reasons these feelings can occur, from school work to friendship circles to parental separation anxiety – even positive changes, like starting a new activity, can lead to stress.

While there are lots of ways to combat these feelings (including proper rest, good nutrition and healthy conversations) spending time in the great outdoors can also be a simple fix. The fresh air, blue ocean and green landscapes have a surprisingly calming effect on the body. 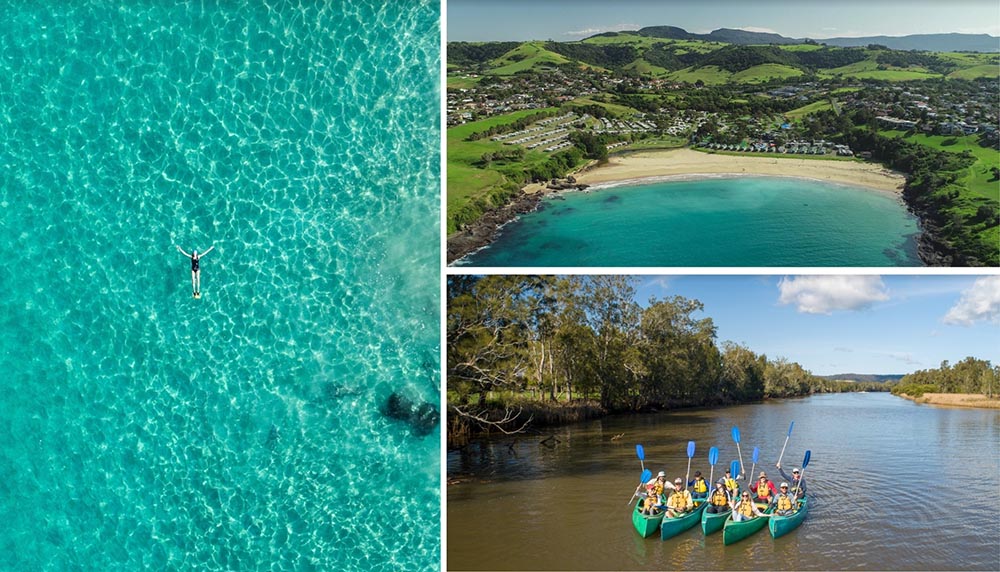 In Japan, for instance, the art of ‘forest bathing’ (spending time walking in green spaces) has been shown to be deeply relaxing. In one study, professor Yoshifumi Miyazaki of Tokyo’s Chiba University sent 84 subjects to walk in seven different forests, while the same number of participants walked around city centres. After only 15 minutes, those in the forest showed a 16 percent decrease in the stress hormone, cortisol, a two percent drop in blood pressure, and a four percent drop in heart rate, compared to those in the city.

In fact, even just looking at nature can be calming. In another of Miyazaki’s studies, he found children experienced a physiological relaxation effect just by observing roses and plants. In the US, researchers randomly assigned high school students to one of three types of classrooms: rooms with no windows, rooms containing windows that looked out onto an urban environment, and rooms containing windows that looked out onto trees and greenery. Students were given sensors that tracked heart rate and other physiological markers of stress, then given a 30-minute task (from public speaking to maths calculations). After the task, it was found that students with green views recovered from the signs of stress far more quickly. They also showed greater improvements in attention and working memory. 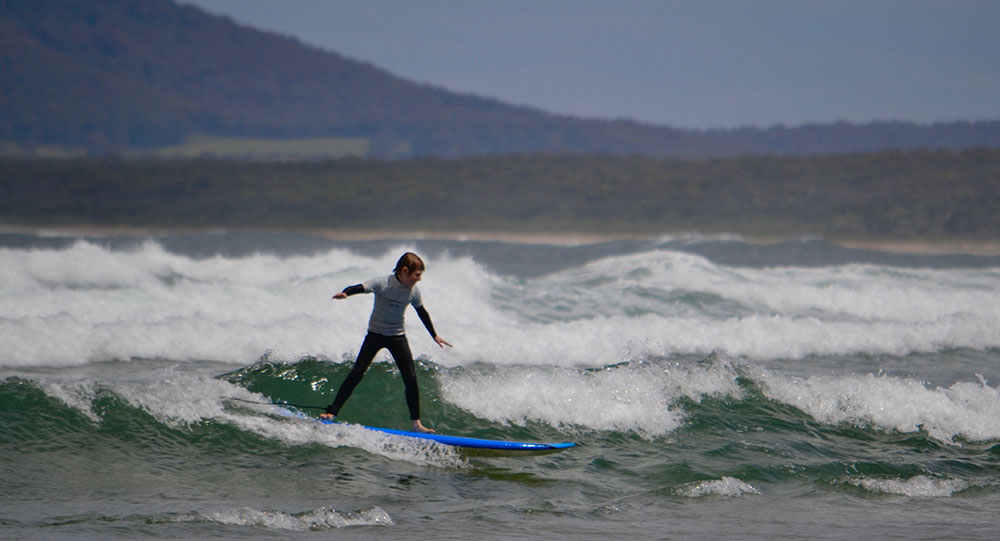 Being outside boosts confidence

Being in nature can be great for a child’s confidence. There are infinite ways they can interact with outdoor environments, requiring a kind of resourcefulness and inquisitiveness they don’t experience inside. Since they can choose how they want to treat nature, it gives them a sense of power over their own actions – a liberating and confidence-boosting feeling in their otherwise largely structured lives.

In Norway, many preschoolers attend outdoor schools, where adults permit children to climb, jump and take chances. When children master these challenges, they feel exhilarated, which has led researchers like Sandseter and Kennair to conclude that these experiences could function as a kind of anti-phobia behavioral therapy – children learn that they can cope with frightening situations and feel more confident to do so in future.

In a study in the UK, Jo Barton and Jules Pretty of the University of Essex found the effect of nature on confidence had an almost instantaneous effect. More than 1,000 participants, through a series of questions, were rated on their levels of self-esteem before and after exercise outside (either in green environments or in the presence of water). After just five minutes in the outdoor setting, participants were found to have greater confidence and an improved mood. This only increased after a full day among nature, leading the researchers to conclude that

“exposure to nature via green exercise can thus be conceived of as a readily available therapy with no obvious side effects.” 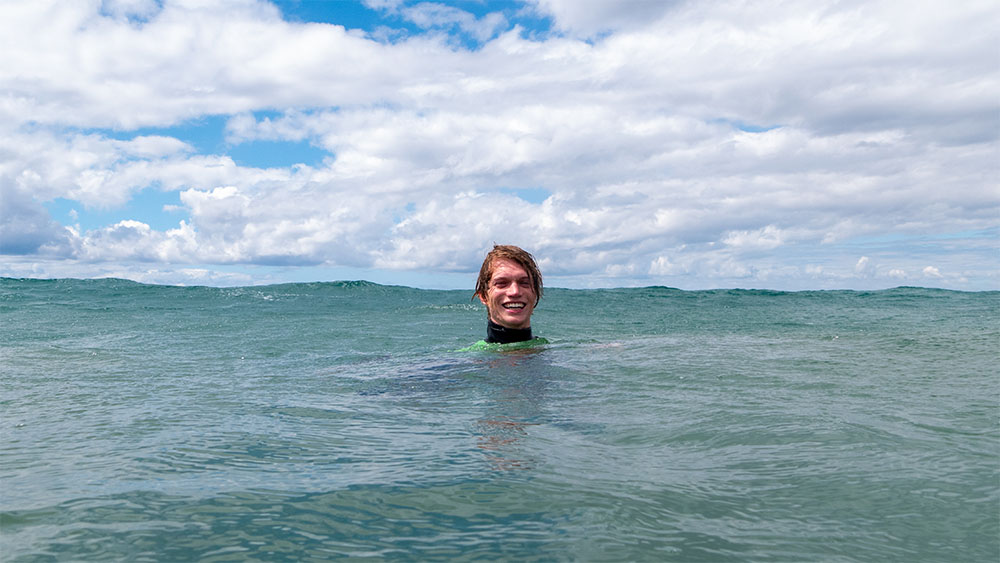 Nature is good for health and happiness

It’s no surprise that being outside is good for fitness: outdoor play involves a lot more exercise than sitting in front of the TV. But beyond the physical fitness benefits, the outdoors has a range of positive effects on both health and mood.

For starters, sunlight is the most intuitive source of vitamin D, contributing to the maintenance of strong, healthy bones, muscles and immune functions. Sunlight naturally increases serotonin, which is responsible for regulating emotional state, social behaviour, appetite, sleep and more. Sunlight also stimulates the pineal gland – the part of the brain that keeps our immune system strong and makes us feel happier. In short, sunlight is nature’s medicine for all kinds of health problems (as long as you remember to apply sunscreen!)

Aside from sunlight, it seems that nature boosts health in other ways. In a study by Roe and Aspinall, results concluded that 11-year-olds who spent five hours in a forest school obtained greater mood improvement and restorative benefits than when the same children spent five hours in a conventional indoor school. What’s more, the benefits were greater for children whose normal behavioral state was characterized as challenging by their teachers compared to those with positive behavior. 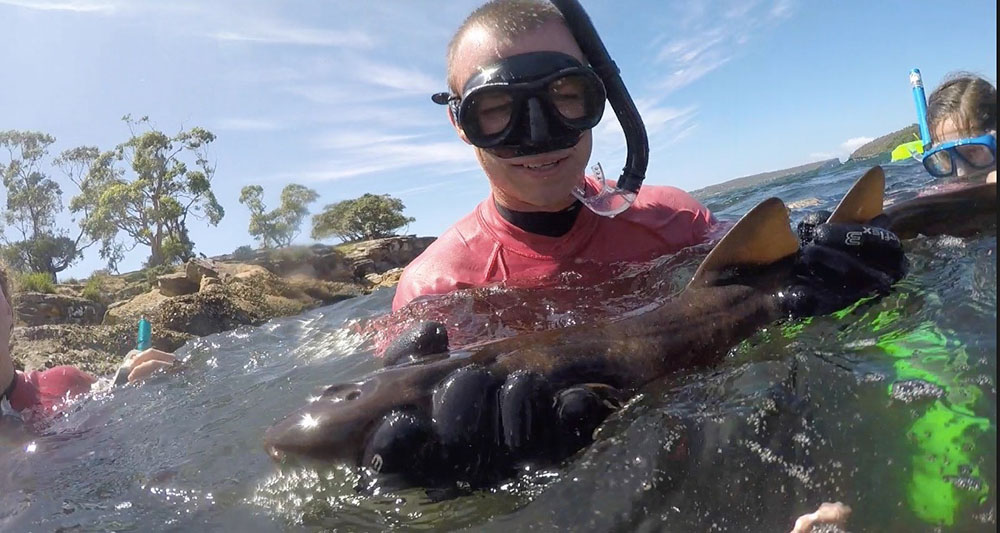 Outdoor play is better for the senses

The tranquillity and calmness of nature may seem less stimulating than a high-paced video game, but the outdoors actually activates more of a child’s senses. Rather than just absorbing what they’re being shown passively – witnessing the same experiences again and again – children can see, hear, smell, touch and sometimes even taste their outdoor environments, stimulating their senses with new experiences all the time. This is important because sensory stimulation helps build nerve connections in the brain while encouraging children to explore and investigate.

What’s even more surprising , outdoor play can actually protect the senses. Short sightedness in children has increased dramatically in the past 30 years, as more and more young people spend their time inside – often staring at screens. In an Australian optometry study, it was found that children who play outside regularly have better vision and less short sightedness than children who spend most of their time inside. They concluded that children need to spend more than an hour (and preferably at least two hours) a day outside to help prevent myopia from developing and progressing.

In another study, it was even found that ‘prescribing’ nature could be a benefit: six-year-olds were made to play outside for an additional 40 minutes each day, on top of the amount they were spending outside before. Over the course of three years, it was found they were less likely to develop myopia than the children who weren’t prescribed the additional play time. In Singapore, in an attempt to educate people on the benefits of outdoor play on eyesight, the Singapore National Eye Centre has even published a book called ‘Amanda the Panda: Outdoor Play Keeps Myopia Away’. 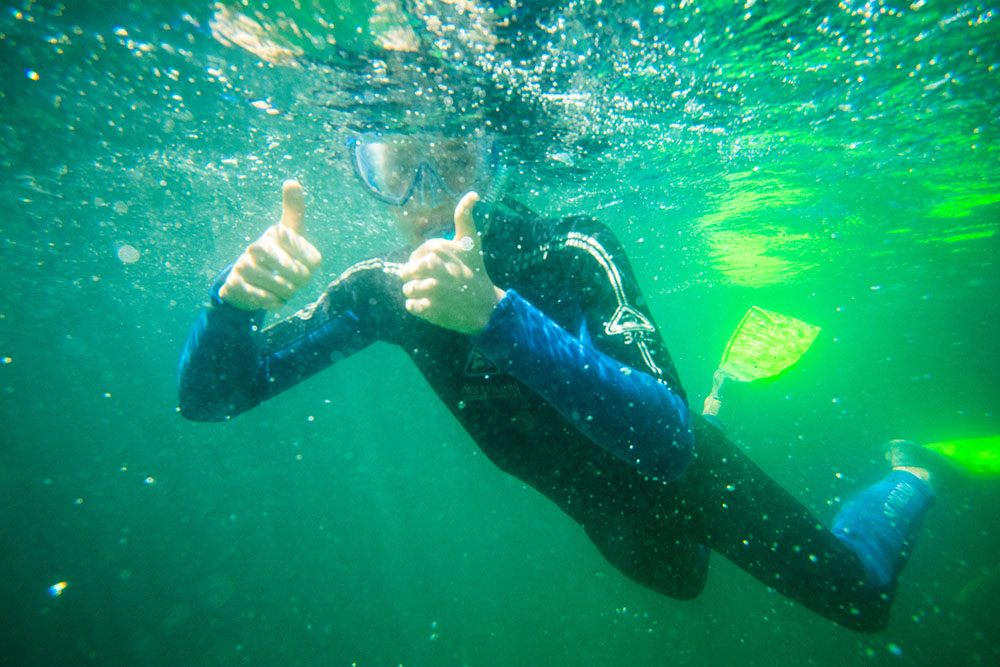 There has been a lot of research to demonstrate that spending time in nature can greatly improve a child’s attention and working memory. In one 2018 Italian study, researchers Amicone et al asked children to complete a short test, then sent them to play in either a paved school yard, or a green space with trees.  When the kids returned, they were tested again. As predicted, the children who played in the green space showed greater improvements in attention and working memory than those who didn’t.

In another study, Taylor and Kuo sent children with ADHD on one of three kinds of walks: one in a green space and two in quiet, urban settings with minimal levels of foot traffic. Despite all three walks being quiet, only the walk in the green space delivered additional concentration benefits. In fact, the researchers defined the improvements as

This improvement in concentration from time spent in green spaces is put down to a type of attention known as ‘soft fascination’. While in these kinds of environments, children are consciously or subconsciously ‘fascinated’ by their surroundings, capturing their attention in a non-depleting, replenishing way. This allows them to both absorb their surroundings while still being able to think and reflect. In contrast, in an urban environment or in front of TV, they concentrate with a kind of ‘hard fascination’ where their full attention is required, leaving them mentally exhausted (without even realising it) and with less band-width to concentrate on other tasks. 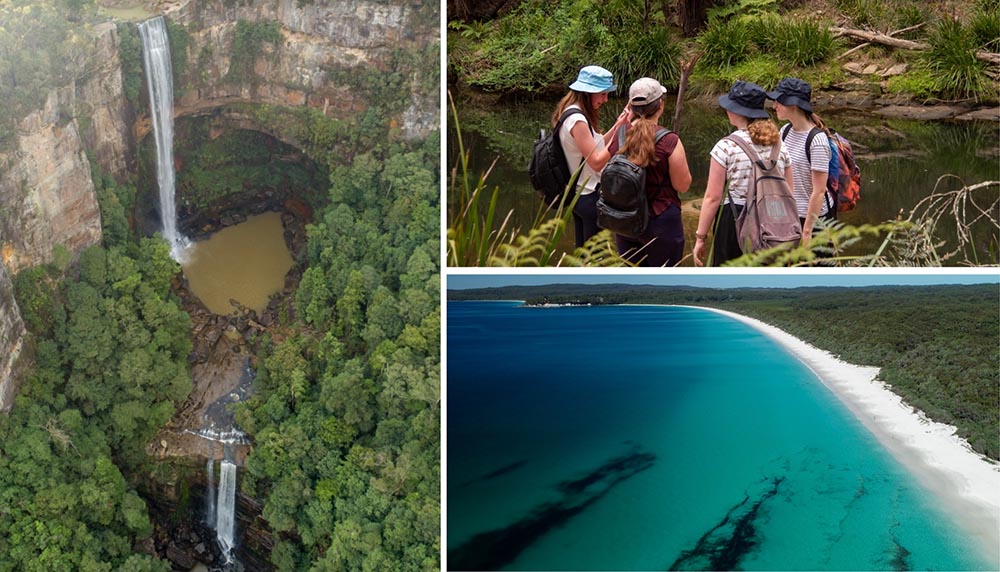 Nature is amazing. The evidence shows just how important spending time outside is for a child’s development, whether for reducing stress, protecting eyesight or boosting confidence. In NSW, we’re blessed with some of the most beautiful landscapes in the world – there’s no excuse not to get outdoors and enjoy it.

At Land’s Edge Foundation, we have spent the last 20 years delivering impactful children’s programming in NSW’s outside world. We favour an inquiry-based, lifelong learning approach, with a focus on students’ thinking skills, reasoning, problem-solving and evaluation. If you’re a parent, teacher or caregiver and you’re interested in hearing more about how we help children explore and discover the NSW coastline and mountains, we’d love to speak to you. 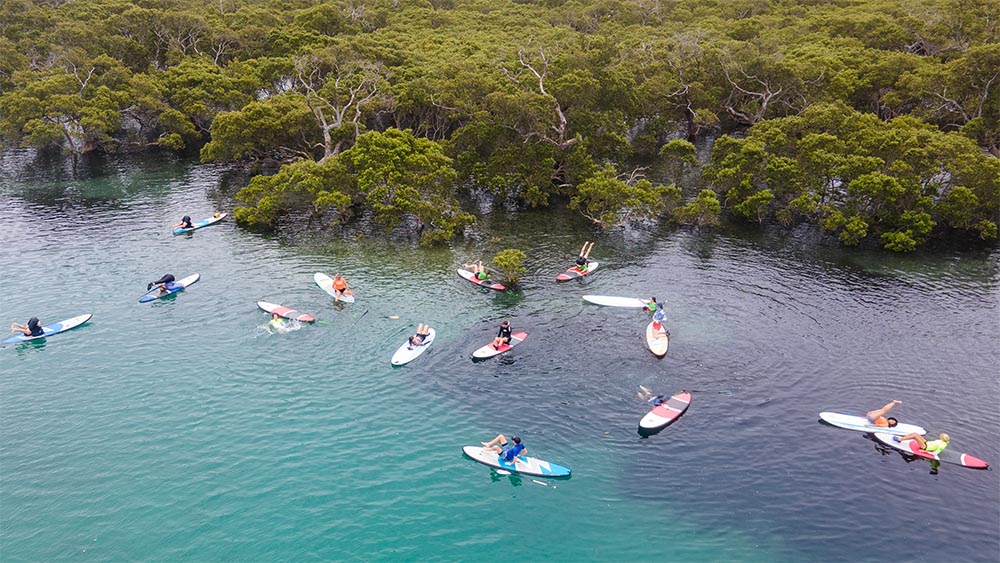